Drug addiction and dependence is a major societal issue that has been plaguing the world for centuries. India is a country of 135+ crore people, with a range of different religions and cultures. Drug addiction  is a growing problem in India, as it is worldwide. According to a report by UNODC, cannabis, opium, heroin, and prescription medications are the most commonly abused substances in the country. The same report estimated that India has about 62.5 alcohol users, 2 million opioid abusers, 0.6 million sedative abusers, and 8.75 million cannabis users.

Prescription and Synthetic drugs are the most popular drugs of abuse among the poor due to their affordability and easy accessibility. An overwhelming majority of drug addicts are youths aged between 15 and 35 years.

With globalization, this issue has been brought to India as well. As a result, more people are turning to drugs as a means of relief from chronic stress and anxiety. This is bad news because drug addiction can lead to serious health problems such as heart disease, lung cancer, and HIV.

The use of drugs among youths is a serious issue in the country. It’s not just the individual drug user who can be affected by addictive substances, but rather society as a whole. The research shows that it can also lead to criminal behavior like theft, violence, and prostitution. The good news is that there are many treatments available for those who want help with their addiction or dependence on drugs.

The comprehensive and effective drug rehabilitation program of Alpha Healing Center is designed to deal with any drug addiction.

This list is not exhaustive because drugs impact users differently. You might not experience all the listed symptoms, and some users experience more symptoms than others. 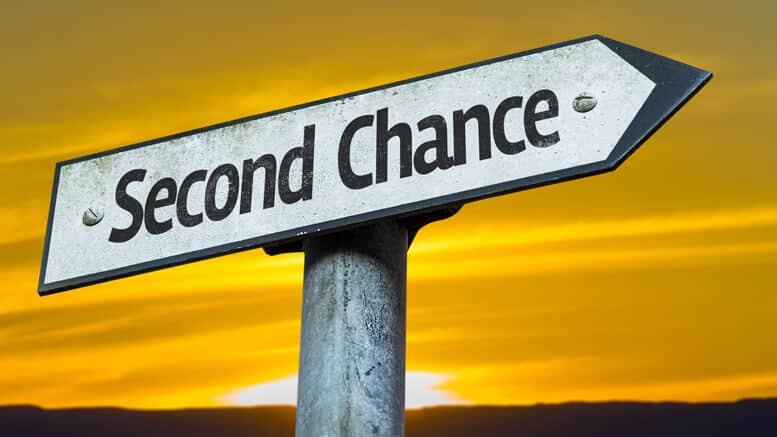 Causes and Effects of Drug Addiction

Drug addiction is a disease of the mind and body, often known as substance use disorder (SUD). Like most physical and mental health problems, there are several factors that could lead to drug addiction. Below are some of the common contributors:

Genetics: Inherited traits encoded by genes can determine the body and brain reaction to a particular drug. Those traits can speed up or slow down how drug addiction develops.

Peer Pressure: A group of peers who closely interact with an individual often significantly affect their decision-making process. If your close friends are into drug abuse, it is more likely that you will also start doing the same drugs.

Easy Availability and Access to Drugs: In today’s global market, drugs are readily available in and around the cities.  This has made it easier for people, especially the youth, to experiment with these drugs.

Mass and Social Media Influence: Media houses have been showcasing drug use as a fun activity, which has significantly contributed to the drug addiction menace across the world. Movies and films showcase drugs as being fun and widely accepted.

Psychiatric Oroblems: Others turn to drugs to “manage” personal problems such as anxiety disorders, mood disorders and Personality disorders.

Want More Details?
Click the below button and receive a call within 24 hours!
SCHEDULE A CALL

Substance abuse poses a serious threat to the health, social, and economic wellbeing of the abuser. The dangers will vary from one patient to another depending on the substance used, quantity, frequency, and duration of abuse.

However, below are some of the common dangers of drug abuse:

Importance of Addiction Treatment in a Drug Rehabilitation Centre

Rehabilitation programs offer individuals struggling with substance abuse disorders the resources and tools needed to overcome addiction. Anyone struggling with a substance addiction will benefit greatly by joining a reputable residential drug rehab facility like ours.

Addiction and dependence can be difficult to overcome, especially when trying to quit by yourself. Residential addiction treatment facilities offer the right setting and environment for recovery. In addition, patients have 24/7 access to highly-qualified addiction treatment experts at drug rehabilitation centres.

Our drug rehabilitation centre offers customized treatment plans to address the disease of addiction from its root cause. Though the primary objective of residential rehabilitation is to help patients regain sobriety, there are other benefits to seeking inpatient rehabilitation. Besides overcoming addiction, those participating in addiction treatment programs will also learn the skills and tools necessary for building a healthy, productive, and happy balanced life.

While your road to recovery can be dotted with several episodes of relapse, you shouldn’t lose sight of the final goal. The journey ends with having learned skills to withstand triggers after detox. Stopping the use of drugs may not necessarily be a measure of the effectiveness of drug rehabilitation programs. Instead, improvement in many areas of your life and the ability to withstand triggers is what matters the most.

Society has learned that a drug addiction treatment center can be fit for managing mental illnesses as well. People have come to know that treatment is better than ignoring that the problem exists and that such conditions need professional care. Ask us how can we help a person recover from drug addiction.

Since addiction is a physical, psychological, and mental disease, a comprehensive treatment approach that combines medication-aided treatment and holistic therapies is essential in helping patients recover.

Detoxification is the process of removing all drug toxins from the body, ensuring that the individual is physically stable and ready to start therapy.

Addiction often results in the patient’s body becoming accustomed to and physically dependent on the substances abused. As a result, any attempt to quit the drug will trigger unwanted and uncomfortable withdrawal symptoms.

The sole objective of the medical drug detoxification process is to help minimize the impact of drug withdrawal symptoms. The most effective form of detox is medically-supervised detox offered in a reputable residential de-addiction facility.

Behavioural therapy is an addiction treatment program that teaches patients to find connections between their thought patterns, feelings, and addictive behaviours. Patients are also trained to increase their awareness of how these factors impact their recovery.

This form of rehab therapy aims at deconstructing the patient’s illogical and destructive thought patterns that might have resulted in or developed from drug addiction. These emotions and thought patterns can be attributed to environmental factors or past experiences.

Recovery medical professionals at Alpha Healing Center will help you or your loved one identify these negative automatic thought patterns. Automatic thoughts are based on impulses and often arise from illogical misconstructions and internalized feelings of fear and self-doubt.

After identifying these thoughts, patients are taught how to effectively control their emotions and behaviour to prevent relapse, increasing their chances of lifelong recovery.

What to Expect in a Residential Drug Rehab Facility

The main advantage of joining a residential rehab facility for drug addiction treatment is that you get a chance to focus on getting well and sober without the distractions of everyday life.

A typical day at our residential treatment facility is carefully scheduled and accounted for. This enables easier monitoring and evaluation of the patient to achieve a drug-free, healthy and happy life. Additionally, you will receive customised addiction treatment from a team of qualified psychologists, counsellors, and psychiatrists.

Drug Addiction Treatment FAQs
How long does it take to recover from Drug addiction?

There is no specific timeframe within which one is expected to completely recover. The recovery process varies from person to person, depending on the severity of the addiction. Another determining factor is the effectiveness and diversity of rehabilitation.

What is the cost of treatment at Alpha Healing Center?

Alpha Healing Center offers incredibly affordable rates. Yet, it is advisable for the guests to contact at the center for precise details, as the cost also depends on the length of their stay and the insurance policy they have.

Whether a person requires medically supervised drug detoxification, it is decided on the basis of the initial assessment, done upon his/her arrival at the center, which is facilitated by both counseling and medical team.

What kind of staff does Alpha Healing Center possess?

The staff at a rehabilitation center plays an essential role during the healing process of an individual suffering from drug addiction. Therefore, Alpha Healing Center in India has formed a team of experts that consists of trained counseling specialists, holding many years of experience in dealing with all forms of drug addiction. It also has a medical team that includes well-known psychiatrists, several psychologists and a supportive nursing team, which serves an individual with the highest level of care to treat the problem of drug addiction.

Is it possible for one to fully recover from addiction?

Does drug addiction differ according to gender?

No, drug addiction does not differ based on gender. The effects of drug addiction and the withdrawal symptoms are similar for both males and females.

Reach out for Professional Help!