According to Statistics released by the United Nations, over 158.8 million people use marijuana globally – circa 3.8% of the world’s population. Marijuana (a.k.a Ganja or Cannabis) remains an illegal as well as the most abused drug in India under the Narcotic Drugs and Psychotropic Substances Act. However, a 2019 survey by the Ministry of Social Justice and Empowerment found that about 2.83% of India’s population (or 31 million people) aged between 10 – 75 years are currently using marijuana products.

Another study by Statista shows that about 7.25 million Indians are dependent on marijuana, with Uttar Pradesh leading the numbers at 2.8 million weed dependents. These numbers are alarming since cannabis use poses a serious threat to the mental and physical health of the user. 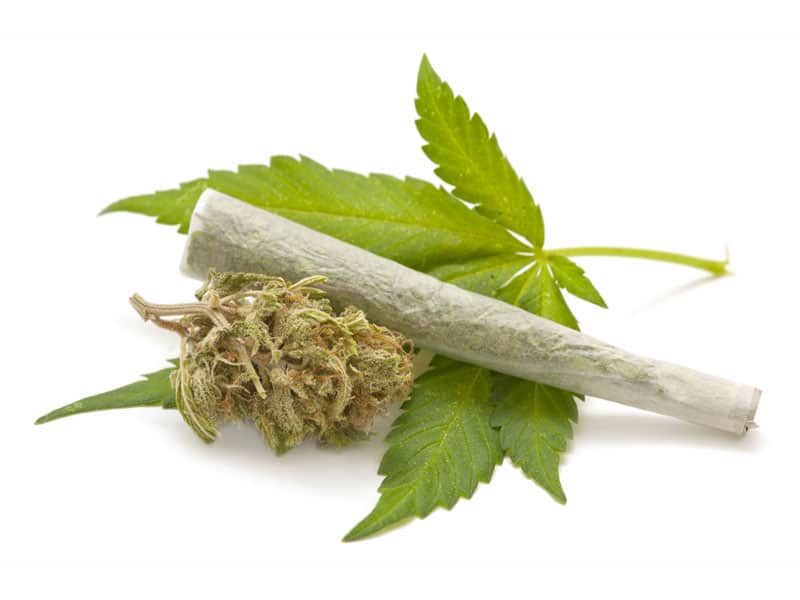 Cannabis Use Disorder (CUD), often termed as cannabis addiction, is the continued use of marijuana despite clinically significant impairments. Prolonged marijuana use can cause both pharmacodynamic and pharmacokinetic changes. The former relates to how the substance interacts with the target body cells, while the latter alludes to how the drug is absorbed, metabolised, and excreted.

These changes often result in high tolerance, where the body requires higher doses to achieve the desired effect. At this stage, the user’s metabolic systems are well reinforced to efficiently eliminate the drug and the brain’s cannabinoid receptors are down-regulated.

Marijuana is often problematic for its users. While some people may disagree, experts have linked marijuana use to the development of dependence, chronic addiction, and severe withdrawal symptoms after quitting its use. Large consumption of marijuana use is unlikely to lead to overdose. However, it can take a severe toll on all aspects of your life.

Marijuana (Cannabis, Weed, Ganja) is highly addictive. You need to seek professional help if you are suffering from a marijuana use disorder. The signs of marijuana addiction include:

However, it is important to note that the environment or setting that you choose for your recovery journey will determine the effectiveness of the treatment program. Marijuana addiction treatment is best offered in a safe residential rehab setting, where the patient is removed from the everyday environment.

Do I Need a Residential Rehab Facility to Treat Marijuana Addiction?

Sometimes, residential treatment can be the best option for marijuana treatment. You might need the removal from triggers to get proper care and a better environment for recovery. Society has played a significant role in hindering the fight against marijuana addiction.

The increasing acceptance of the drug in most societies has made some users feel that marijuana use is no longer a problem. Besides, triggers are now everywhere. A person considering quitting marijuana use finds it hard to stop, partly because of its easy availability. If you live in such settings, residential rehab could be your best treatment option.

If you are battling a chronic marijuana addiction, you need residential treatment because of its benefits, including:

Inpatient rehabilitation is the most popular and effective approach to marijuana addiction treatment. During residential care, you or your loved one is expected to camp at the facility – full-time. This setting offers a supportive and drug-free environment needed for treatment and recovery.
Finding a residential rehab centre with a full continuum of professional care is vital for complete recovery. At Alpha Healing Centre, our highly trained and qualified medical professionals will design a personalised treatment program that addresses your unique recovery needs.
During the different treatment programs, the patient undergoes a variety of therapeutic practices, including group and art therapy.

The severity of withdrawal symptoms will also vary from one user to another. Those with mild dependencies can easily quit on their own, but chronic users will often need medical help and attention to kick the habit.
If you have been struggling to quit weed, medical detox is the answer. Medically supervised detoxification is especially recommended for individuals diagnosed with co-occurring disorders and other mental health conditions.
Medical detox programs are designed to help you gradually ease off the drug until your body is completely cleared of it. The slow ease-off helps minimise the intensity of withdrawal symptoms. Once detoxification is complete, a professional medical team will walk you through the necessary treatment for your condition. Most people prefer continuing recovery at the rehab facility to improve their chances of maintaining a sober lifestyle without relapsing.
Want More Details For Cannabis Rehabilitation?
CALL NOW

Adolescents face unique challenges when battling drug addiction because their physiology is still underdeveloped. If your adolescent child is struggling with cannabis addiction, you will need to liaise with the right rehab facility that offers treatment programs addressing the unique challenges.

Residential or inpatient treatment is the best option for cannabis treatment, especially when the patient is suffering from chronic addiction. This treatment program offers a friendly and drug-free environment that’s safe and conducive for recovery.

Since you are removed from the everyday environment and routines that could have triggered old habits, you can focus on recovery and learn new coping skills in a residential rehab facility. In addition, inpatient treatment comes with several benefits.

There are numerous advantages to receiving residential cannabis addiction treatment, the chief benefits are as follows:

Marijuana Addiction FAQs
What Types of Treatments for Marijuana are Available?

Marijuana (a.k.a weed or Ganja or Cannabis) can successfully be treated in both inpatient and outpatient rehab centres. Outpatient treatment centres typically work best for those who are high-functioning addicts. In other words, they can still manage a relatively normal day to day life despite their addiction. Outpatient rehab allows clients to maintain their work and family obligations while attending addiction counselling therapy a few times a week.

For those with a more severe addiction, inpatient addiction treatment is usually recommended.

When a joint after work to relax or smoked socially with friends at a party turns into something you need to get you through a regular day, you are looking at the first signs of marijuana addiction.

The post-treatment care program is offered to all progressing clients, and its benefits should surely be availed. After going back to the regular regime at home, a relapse may trigger and the team at the Alpha Healing Center are always available even after completion of the Marijuana Addiction Treatment.

The Alpha Healing Center has one of the finest residential rehab programs in the country. It avowals of a private accommodation in a splendid, serene setting amidst nature. Their professional trained counselors have years of mutual experience in treating addiction and many of them are currently in recovery themselves, implying they are able to pull from personal experience during counseling sessions as well.

Their well-trained counselors in methods of Recovery Zones treatment which are three collective treatments of cognitive behavioral therapy (CBT), 12 Steps methodology and mindfulness therapy. A combination of these treatments has guaranteed effectiveness at the Alpha Healing Center. In addition, art therapy, drama therapy, physical fitness and much more are added to benefit the client. Guaranteeing that every client will encompass the skills required for a lasting recovery from heroin addiction.

In many cases, yes. But it is important to speak to our administration staff to see whether or not your specific insurance policy is accepted.

Even though it is more expensive than an outpatient addiction treatment, it is very crucial to remember that the cost should not be the deciding factor in making a decision about which rehab is best suitable for addiction treatment of Marijuana. It is important to consider both the efficiency of the program and the qualifications of the counselors. That being said, The Alpha Healing Center is honored to offer its first class treatment at just the fraction of the cost of similar or lesser rehab facilities compared to Western countries.

If you or your loved one is battling marijuana addiction, you have come to the right place. Alpha Healing Center is a state-of-the-art residential de-addiction recovery centre located in Vadodara, Gujarat, India. We offer advanced treatment and holistic healing programs in a serene and recovery-friendly setting. The admission process at AHC is pretty straightforward. Contact us today to start your recovery journey.